Lasik Laser for Removal of glasses 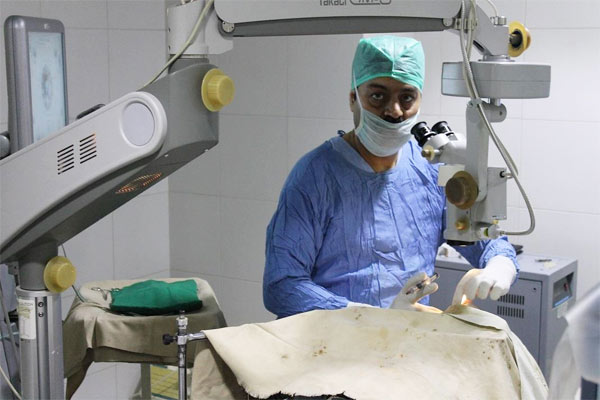 At Bajaj Eye Care Centre, we are using the latest CARL ZEISS MEL 80 Excimer Laser for LASIK. It is the most advanced and safe procedure for vision correction in the world

LASIK or Laser In-Situ Keratomileusis corrects all types of refractive errors (Eyeglass Power) like Myopia (Minus) Hyperopia (Plus) and Astigmatism (Cylinder). It can aslo correct mixed powers.

LASIK is the most popular laser vision correction procedure in the world today. It is a two stage procedure. The first step is creation of a flap o 90 to 110 micron thickness. The flap is then retracted which exposes the corneal stroma called "the bed".

The second step is to modify the curvature of the cornea by laser shots or "ablation" on the bed to produce an uninterrupted surface. The flap is then pulled back and sticks to the bed quickly and there is no need of any stitches or bandage. The vision becomes good immediately after the procedure and gets better with time and in nearly all cases becomes perfect in one day.

Wavefront is measurement of light rays coming out of the eye. This Wave Optimized LASIK measures the distortion of rays by aberrations in the eye. Wavefront Guided LASIK corrects corneal aberrations offering a possibility of superior vision which is better than vision correction by eye glasses or contact lenses.

SBK or Bourman's Keratomileusis Sub is a thin flap LASIK. In conventional LASIK the flap created is of 120 to 180 microns thickness whereas in SBK LASIK, a much thinner flap of 90 to 110 microns is created