The most advanced third generation laser eye surgery for removal of glasses.

SMILE stands for "Small Incision Lenticule Extraction" shuchi technologically is the most advanced technique developed in the past ten years. That is because it is - 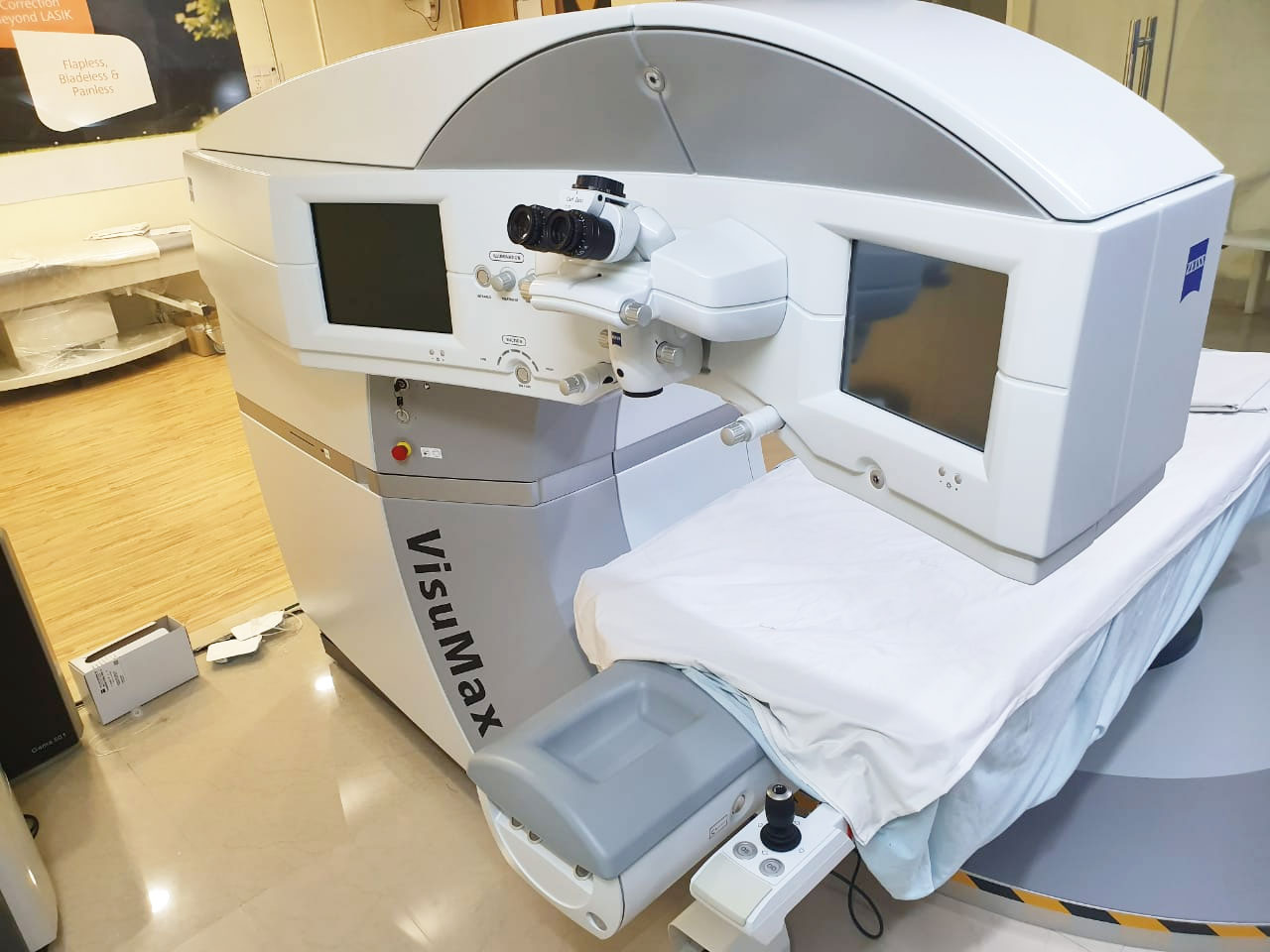 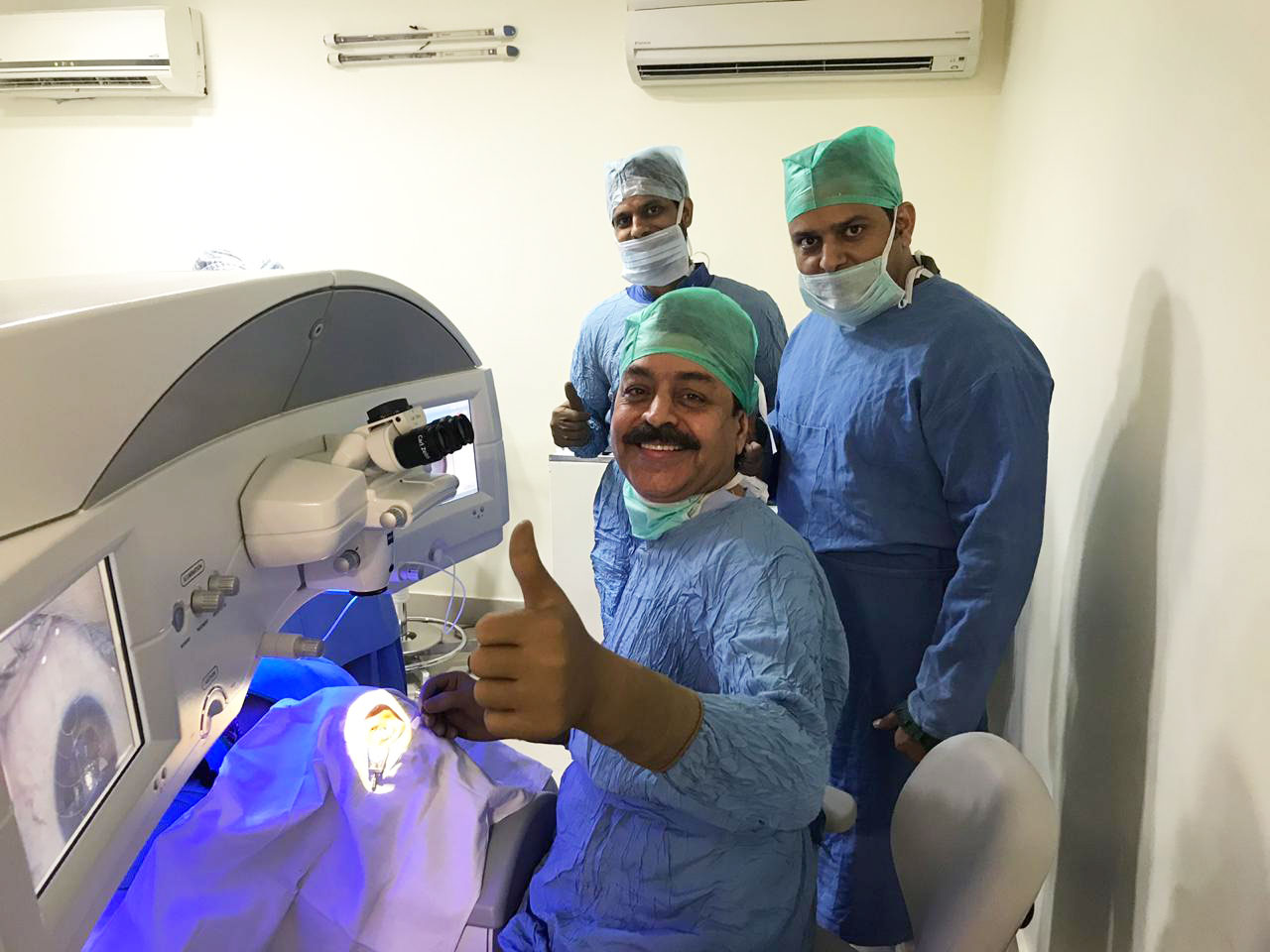 SMILE is the latest advancement in laser vision correction. It is the THIRD GENERATION of refractive procedures. The first two are PRK, followed by LASIK.

BAJAJ EYE CARE CENTRE is proud to be the first laser vision correction centre in North and East Delhi to offer the ZEISS VISUMAX femto second laser for SMILE vision correction. SMILE is an all laser, latest cutting edge technology for the correction of myopia and myopic astigmatism. It provides LASIK or even better outcomes in a lease invasive manner.

SMILE uses only one type of laser that is femtosecond laser in single step procedure and hence is minimally invasive. During the SMILE procedure, the computer guided laser light energy cuts out a small corneal tissue called ‘Lenticule‘. This Lenticule is equivalent to the dioptric power of the refractive error of the patient. This Lenticule is removed through a small 2mm incision made by the femtosecond laser. This results in reshaping of the cornea and the vision gets corrected.

The human cornea acts as a refractive surface, possessing al out two- thirds of the total refractive power of the eye. The light rays pass through the cornea, get refracted and then passing through the lens and internal structures of the eye, reach the retina to form an image. The refractive power of the cornea (and hence of the eye ) can be changed by reshaping the corneal curvature / shape of the cornea. This is done by reshaping the stroma ( middle layer ) of the cornea. The SMILE laser removes a thin layer of the stromal tissue ( in microns), created by it, called Lenticule, which is then removed through a small 2-3 mm incision by the experienced surgeon. The tissue removed creates an effect to reshape the corneal curvature equivalent to the spectacle number ( dioptric power ) of the glasses worn by the patient, making this procedure very precise. This all is done by the laser in a matter of seconds, in a painless manner.

The actual laser procedure to make the Lenticule hardly takes about 30-35 seconds. Patients do not experience any discomfort during the procedure and are able to see quickly without glasses within 24 hours of the surgery.

SMILE is perhaps the least invasive technique possible in laser vision correction for the removal of glasses in comparison to PRK or LASIK Laser . In PRK , an 8-9 mm diameter epithelial layer of the cornea is removed mechanically and then the EXCIMER laser is used to reshape the cornea.

In LASIK Laser, the procedure consists of two steps -

Whereas in SMILE, only a 2-3 mm keyhole is made in the cornea by the VISUMAX femtosecond laser, thereby reducing the damage / cutting of corneal nerves. This results in less dry eye and more stable corneas post operatively.

LASIK technique whether using blades ( microkeratome ) or bladeless ( femtolasik ), involves making a flap of the corneal tissue. Rarely complications can occur due to this flap called flap related complications either intra- operatively or post - operatively, though the chances are quite remote in good surgical hands. Since there is no flap created in SMILE procedure, there is no question of flap related complications, either during the procedure or after it.

Studies worldwide have found SMILE to be as safe and accurate as LASIK, besides the added advantage of quick visual recovery and faster rehabilitation, especially for people in contact sports, swimmers, police personnel etc. It only takes about a couple of days to experience amazing results.

SMILE - advantages of SMILE over LASIK

As already mentioned, since SMILE involves making of only a 2- 3 mm laser incision, versus 20-24 mm circumferential incision in LASIK, lesser corneal nerves are cut/ severed, resulting in lesser dry eye symptoms versus LASIK. 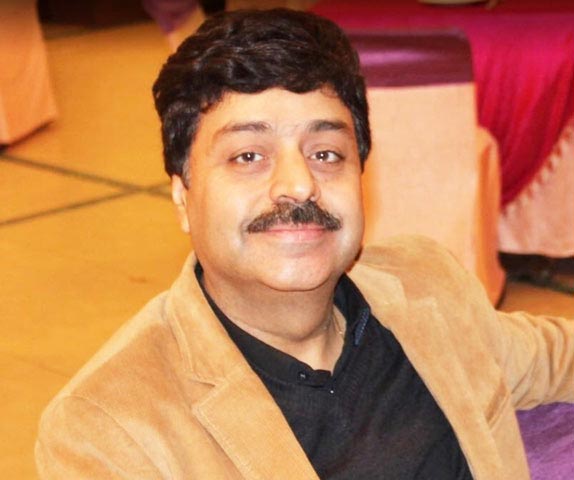